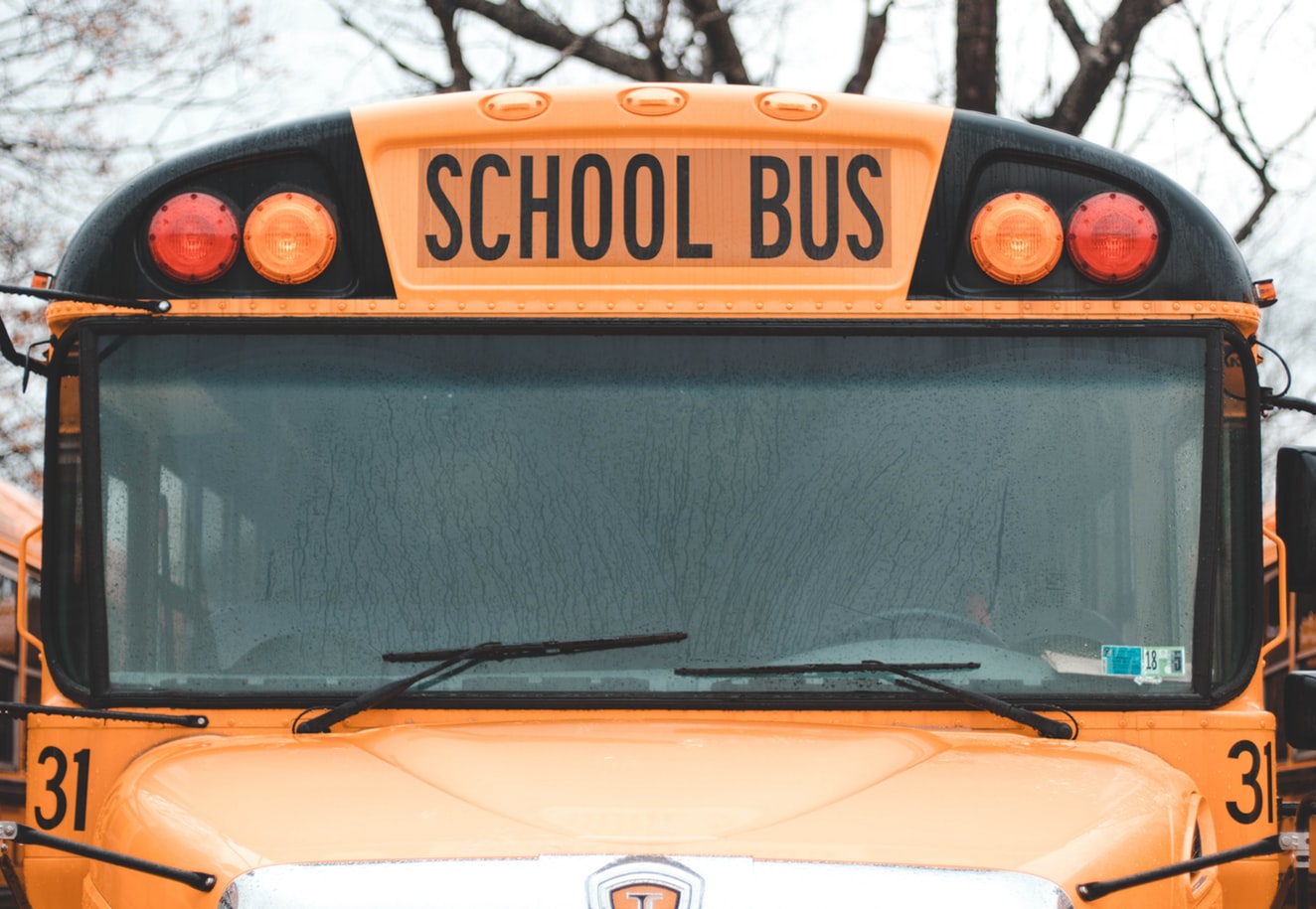 Today I am writing to all of you, students, staff, parents, citizens and board members. Yesterday, Bus 20 in Moretown experienced a serious bus accident. First, we are all so thankful that none of our students or the driver were injured. Second, we thank the Vermont State Police, local Fire Department, and Moretown Road Crew for the quick response and support.

We have many justifiably upset parents and community members. Principal Couturier and I are equally upset. There was a very serious communication breakdown. This situation warrants more detailed reporting. An ongoing investigation is still occurring, but here is what I can tell you thus far, along with answers to some of the questions I have received.

7:45 Moretown School got a call from First Student, our bus provider, reporting that Bus 20 and 21 were stopped on the road both waiting for sand trucks and running late, but that “Bus 21 had a tire in a ditch.” The MES office called Principal Couturier, as she had a personal day that morning for an appointment and was not in the building.

8:15 The Principal called the MES office to ask if buses had arrived. They hadn't, so she directed a swift reach email be sent to all families (since it impacted two buses).

8:31 The email was sent that buses were arriving late.

8:40ish The bus barn called Moretown School informing the office that police and fire were on site for precaution only as students needed to be transferred to another bus, but that students should arrive within 45 minutes.

8:57 The Principal called MES after her appointment at the hospital to see if buses had now arrived. The office let her know that Bus 20 was expected any minute. She shared that she learned from the bus barn that VSP and the Fire Dept. were called.

9:10 The Principal called the Superintendent to see if she had been contacted about this bus incident, especially since police and fire were called. Superintendent Nease said she hadn’t, confirm all the students were safely at school without injury, and said she would call the bus barn to find out what happened.

9:21 The MES office sent an email home to all families that all students had arrived at school.

Up to this point neither Principal Couturier nor Superintendent Nease had any idea that anything other than two Moretown buses were delayed due to slippery roads, one was waiting for sand and would then be on its way, and the other was “stuck in a ditch,” needed to be towed, and students would be transferred to another bus (usual protocol) with VSP and the Fire Dept. at the scene to control traffic so the students could be transferred.

Our busing protocol does not require the superintendent to be called when buses are stopped or stuck waiting for sand. The principal is called, and messages are sent out at the building level. I am always to be called when there is any sort of other incident or accident. I was not.

After confirming all students were safely at school. I started to investigate the matter, speaking with both the MES and HUHS principals, who had now heard from parents and students. I spoke multiple times with First Student Management and both principals. I requested a write-up from First Student so I could report more details but did not receive it until 2:25. At 3:10 in the afternoon I sent what information I knew out to families and the school board as follows:

I am writing to give you the details that I have put together as a result of some slippery roads and bus challenges today. Vermont roads were at play today, but as you likely know there were no public schools delayed or closed in our region/county. That being said we did have some difficult Vermont winter roads. We did have 2 Moretown bus runs that had difficulty, along with a few other delays. My understanding thus far is that the first Moretown bus got stuck, waited for sand and went on its way arriving late. The second, Bus 20, at approximately 7:20 AM called in to report he was off the road and had slid into a ditch. All our safety protocols were followed. VSP and the fire department were dispatched because the back end of the bus was reported to be hanging over a drop off area. VSP controlled access to the scene, determined students were safe, but needed to be evacuated to another bus, as is the usual procedure. A tow truck was dispatched. More sand was needed on the road. The emergency supports determined that another bus should not continue to that location until it was sanded. The replacement bus was waiting at the Moretown store and the students were safely transported by VSP in the cruiser to the waiting bus.

Our students arrived at Moretown Elementary at approximately 9:05 and HUHS at 9:15. There were 24 students on the bus. 8 were picked up by confirmed parents. 11 were brought to Moretown and 6 were brought to Harwood.

It did take two tow trucks to pull the bus back on the road as the drive shaft was touching the snow. One of the tow trucks slid into the ditch as well. The bus barn measured the tires and took a photo of the tread pattern. The tires are snow rated and there are 22/32 tread depth on the inside of the outer dual wheel which is more than substantial. There does not appear to be any driver error. An initial message went out to parents that the bus was delayed because at that time that is all we knew. The Moretown and Harwood Union offices did the best they could fielding parent questions as the details became known, while the rest of us dealt with keeping the students safe and getting them to school. We weren't sure how long the process of transporting the students to another bus would take, not expecting that the second bus could not get to the scene. I just received the full report, so I wanted you to have these facts.

What I reported above was all I knew. At no time did Principal Couturier or I believe anything more had happened except a bus was stuck in a ditch, and the students arrived at school all safe, approximately 75 minutes late. I am so grateful for the community member who called the bus barn to report that the bus was actually not on the side of the road, but in a drop-off location. That information was not reported to us. The reason I included the protocol of measuring the tire tread in the message was because I had heard that social media messages said the bus had bad tires, which caused the slipping.

It is true that the Principal was out of the building on a personal leave appointment and I was out sick, but this has no bearing on the situation. Our protocols are very specific and account for this.

After the afternoon message was sent, many social media posts appeared, and a parent sent me the very first picture of the stuck bus. My heart sank. Obviously, this was hardly a bus “stuck in a ditch.” The physical and emotional safety of our students is the most important part of my job, and I take it very seriously and do everything I can to make the best decisions. If we had the correct information, of course, we would have communicated with parents and staff very differently.
As stated earlier, this matter is still under investigation. Here is what I received today form the bus company:

First Student's investigation into the Moretown bus 20 accident on January 16, 2020 is ongoing. As an update I would like to acknowledge that First Student failed in providing the district with accurate, timely information.

There was a definite breakdown in communication between the bus and dispatch which in turn caused district to be unaware that the bus was in a precarious situation and report up until much later in the day. We will address with all personnel involved to identify where we need to provide counseling or enhancement training.

We are thankful to all who responded and ensured student's safety.

I am personally apologizing on behalf of the local First Student and I am sure that it was frustrating for families as well as the community to lack important information that impacts students.

In closing, please rest assured that this remains an ongoing matter. I will conduct a thorough review and investigation, expect appropriate discipline where warranted, and change protocols if necessary. VSP is also still investigating. I always try to look for the lessons learned. I did not know that yesterday, a new dispatcher/location manager was at our bus barn who had only been in that position for a few weeks. The driver of the bus had been driving for about 1 year. The correct communication was never reported to HUUSD administration. They did not consider this an accident since no collision of any kind occurred, so they did not follow our accident protocol or immediately contact VSP and the Fire Dept.
I know that I cannot prevent others from making such determinations. Therefore, moving forward at a minimum, I will receive a message along with the building principal about any stopped/delayed bus along with a specific description and a picture unless that is deemed unsafe.